How to buy the best landing craft infantry model? 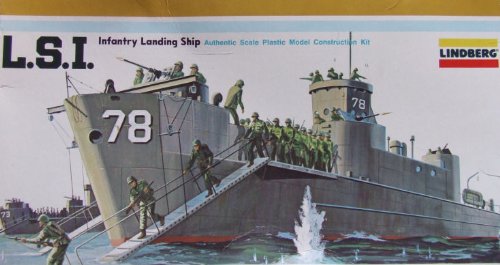 The Landing Craft Infantry (Large) was a small amphibious landing ship designed to land troops directly on the beach. It was more or less the infantry equivalent of the LST. Over 1000 were built - the first 350 had two landing ramps either side of the bow, whilst later craft had a single centre ramp. There were numerous other design variations including the shape of the bridge/wheelhouse structure. With an overall length of 160"/49m, the LCI(L) could carry up to 200 troops at a maximum speed of 12 knots.As standard, these craft had a light defensive armament of four or five 20mm Oerlikon guns, but several hundred LCI(L)s were built as or converted into gunboats or fire support vessels with additional armament including mortars and rockets. The most heavily armed of these variants was the LCS (Landing Craft, Support), designed as a patrol vessel to intercept Japanese supply barges as well as for fire support in amphibious operations; this carried rocket launchers, a single 3"/50 gun, two twin 40mm mounts and numerous single 20mm guns.

This plastic model kit requires plastic cement and paint for assembly, and they are sold separately.

New model kit for 2012. More information will be posted when available. 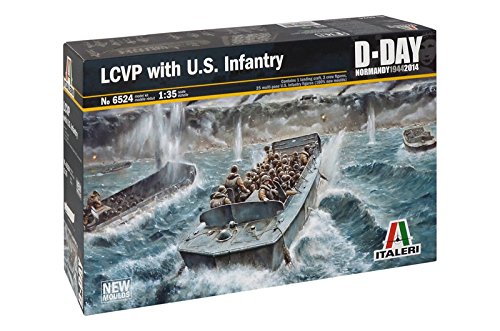 Developed by Higgins Industries of New Orleans on the basis of a flat bottomed boat used in the Louisiana marshlands, the LCVP took part in all the major amphibious operations of Second World War, in Europe and the Pacific. It saw action in Korea and Indochina and has also been adapted for civilian use all over the world. Kit has detailed 1-piece hull, superstructure and propulsion housings, optional ramp open or closed, 2 life rings, twine for cable, machine guns and gun shields, (3 crew figures, 25 US Infantrymen) with separately molded weapons and equipment, name plate and display stand. Decals and color painting guide for 1 landing craft: US Navy Normandy June 1944. 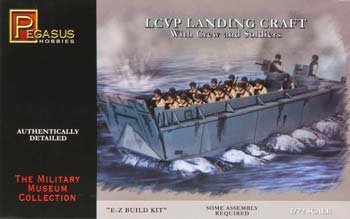 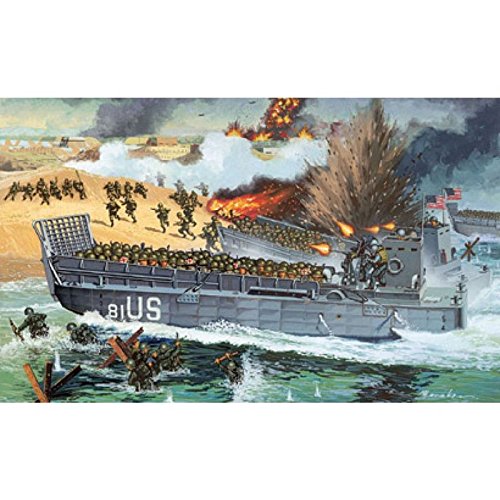 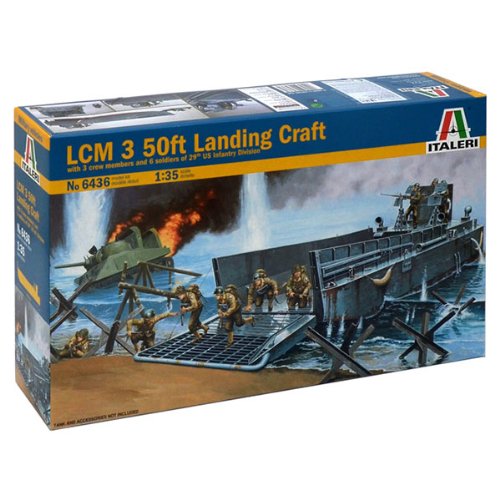 This landing craft was used extensively by US and British navies during the Second World War to transport wheeled vehicles, lightweight armor and materials (weighing up to 30 tons) from ship to shore. Over 8000 LCM model 3 landing craft were produced, being built in numerous shipyards in the USA from 1942 up to the end of the conflict. It would later be used by western allies of the United States up until the 1980s.